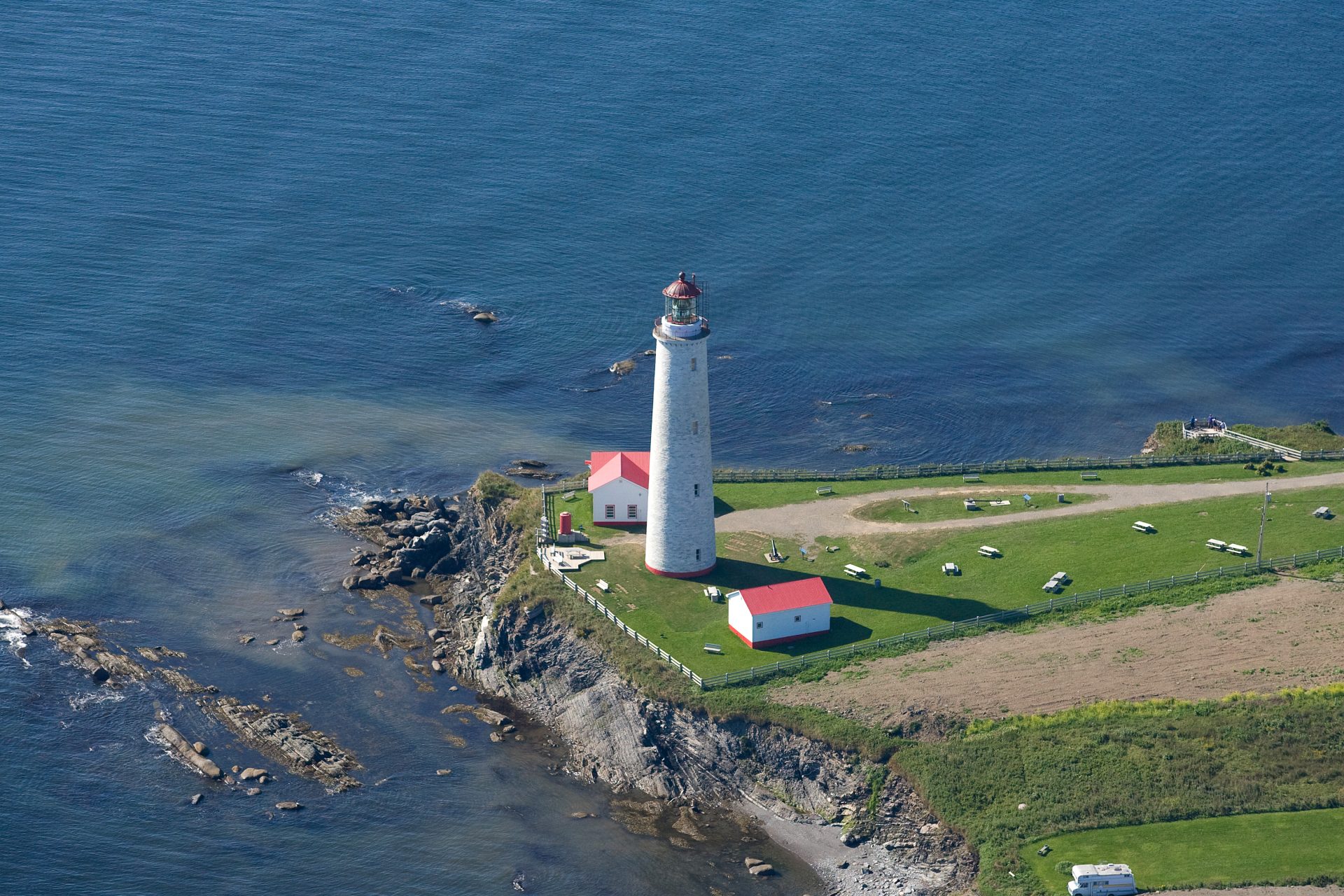 Built in 1873, the picturesque Cap-Gaspé Lighthouse is located at the tip of the Forillon Peninsula. Dominating Cap-Gaspé and the Gulf of St. Lawrence, it is also the starting point and end of the International Appalachian Trail, with the Quebec portion extending over 650 km, between Forillon and Matapédia. In the vicinity of the lighthouse, visitors can enjoy hiking trails, a scenic lookout with breathtaking views and picnic areas.

Pointe-à-la-Renommée lighthouse at L’Anse-à-Valleau was repatriated in 1997 after 20 years of exile. First maritime radio station in North America, it was installed by Marconi in 1904. Guided tours are available as well as access to hiking trails and picnic areas.

Cap-des-Rosiers’ 34-meter lighthouse is the tallest lighthouse in Canada. It has been watching over the St. Lawrence River since 1858. Guided tours are available for visitors, as well as a lookout point and picnic areas.